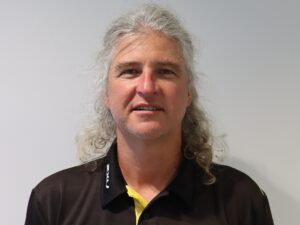 Rowing Australia (RA) is pleased to announce the appointment of Rhett Ayliffe as the new Head Coach of the Reinhold Batschi Men’s National Training Centre (NTC).

Ayliffe joins RA from his role as Head Rowing Coach of the Western Australian Institute of Sport (WAIS). The elevation of Ayliffe to the role of Men’s NTC Head Coach recognises his success as an Olympic Gold Medal Coach and a track record for developing coaches and athletes in the Pathways program. He is also experienced with the NTC having stepped up in recent months to coach the Australian Men’s 8+ at Tokyo.

Ayliffe has coached multiple Olympic crews over a near 20-year career including the Men’s Double Scull of David Crawshay and Scott Brennan who won Gold in Beijing 2008.

Under his tutelage at WAIS, Ayliffe has nurtured a host of emerging rowers including Tokyo medallists Annabelle McIntyre and Jack Cleary.

Rowing Australia CEO Ian Robson said the finalising of the Head Coach appointment followed a rigorous recruitment process and today’s announcement was an important step for the organisation on the pathway to Paris.

“On behalf of everyone at RA, I would like to welcome Rhett as the Head Coach of the Men’s National Training Centre,” Robson said.

“As a coach, Rhett has worked tirelessly over the years to develop the trust and respect of the athletes for which he is responsible. We believe our Men’s program will thrive under Rhett’s guidance,” he said.

Incoming Men’s NTC Head Coach Rhett Ayliffe said: “I am both excited and grateful for the opportunity to become the Head Coach of the Australian Men’s Rowing Team. I am proud to lead a team that enjoys a rich sporting history and I want to thank Rowing Australia for trusting me with this position.

“Having a history with the majority of NTC athletes over my 17 years in coaching and at the recent Tokyo Games, I am well positioned and keen to get to work. I look forward to reconnecting with my coaching colleagues at the NTC, Mark Prater and Andrew Randell, as well as RA High-Performance Support Staff, to create a strong, vibrant and supportive culture that allows for each athlete to perform to their potential, with a focus on athlete ownership and accountability,” Ayliffe said.

Ayliffe will shortly move to Canberra to take up the role.