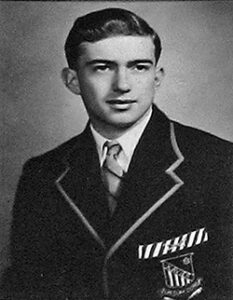 Rowing Australia joins the chorus of voices paying tribute to Sir James A Gobbo AC CVO QC who passed away at the weekend at the age of 90.

Sir James was a distinguished Australian in many fields, including rowing. He was a member of the Melbourne University Boat Club and despite a highly successful career as a barrister in Melbourne, he found time to assist his club by being a Vice-President on two occasions in 1959-60 and 1963-64 and President in 1960-61.

Born in Melbourne during the Depression to Italian parents Antonio and Regina, Giacomo “James” Gobbo was a short term resident of Melbourne – his family returned to Italy in 1935. By the age of seven, the family came back to Melbourne, at which time he spoke no English. Despite this initial language impediment, and with parental encouragement, Sir James excelled academically. His catholic education included St Mary’s Primary School, West Melbourne, later St Joseph’s CBC, North Melbourne and then in 1944 Xavier College.

It was at Xavier that his interest in rowing began. He was a member of the Xavier College crew that won the 1948 Associated Public Schools Head of the River – it would take until 1999 before Xavier College again won this event.

After leaving Xavier College, he studied law at the University of Melbourne whilst living at Newman College. It was with Melbourne University that he competed successfully twice in the Australian University Championships in the men’s eight, racing for the Oxford and Cambridge Cup. His 1952 crew included Roderick Carnegie, later Sir Roderick Carnegie, 1957 Oxford University Boat Club President and leader in the mining industry, and also John Button, later Senator John Button and Minister in the Hawke government.

Despite a highly successful career as a barrister in Melbourne, Sir James found time to assist his club by being a Vice-President on two occasions in 1959-60 and 1963-64 and President in 1960-61.

Members of his family have also made great contributions to the sport as rowers, umpires and administrators. In particular, his daughter Flavia was also awarded a blue for rowing by Melbourne University and is currently deputy Chair of Rowing Australia.

Outside rowing, Sir James became a noted Queen’s Counsel, then served on the bench of the Supreme Court of Victoria for 16 years (1978-1994), then the served as the 25th Governor of Victoria from 1997 – the first Governor to come from a non-English speaking background. His charitable work included many multicultural causes.

A State funeral will be held for Sir James on Tuesday November 16 at St Patrick’s Cathedral in Melbourne.

With thanks to Andrew Guerin